One of the defining moments in a trader’s career occurs when you finally understand exactly why a move happened. You recognize the activity from buyers and sellers that, over a defined period of time, caused changes in the price of the security.

Once you have that lightbulb moment, you’ll never be able to turn it back off.

There’s plenty of traders that constantly seek out and train their ability to understand the markets with this level of clarity. But there’s also plenty that don’t, even if they say (and maybe even believe) that they do. They claim that they don’t have the time or that understanding things with that level of expertise is beyond their intellectual abilities.

I don’t buy it. Deep down, I don’t think they really want to know why and how moves happen. And I think that’s because of fear.

By looking “under the hood” and understanding how the markets really work, you’ve put yourself in the driver’s seat. You’ve taken ownership over your trading to the degree that, as long as you have strategies to take advantage of the moves you can now predict with a higher degree of confidence, your success is in your hands.

Not some alert service or the reliability of a new indicator. Not your friend that feeds you trade ideas. Not the collective wisdom of FinTwit. You.

That scares the hell out of a lot of people.

Once you’re in the driver’s seat, your mind is now the biggest factor determining the outcome of each trade. Which means you’re confronted with perhaps the scariest prospect for any of us: understanding yourself.

People run from parts of themselves for their entire lives. Whether it’s through addiction, unhealthy relationships, workaholism, or Instagram, we use any excuse we can find to avoid reflecting on what’s actually driving our behavior and what we think about ourselves. Having a process for self-analysis – like journaling, meditation, or therapy – is one of the hallmarks of success for anyone performing at a high-level, but no matter how much we believe that to be true, many of us still avoid it like the plague.

Sometimes the issues that you learn through self-analysis aren’t that complicated: you might realize that you chase more bad trades when you’re in-between paychecks because your subconscious doesn’t like it when your bank account is below a certain amount. That’s a somewhat easy fix, once you become aware of it.

Other issues might be tougher to get under control. You might have low-confidence because of a particular family dynamic growing up or a particular experience as a kid. There could be something that has literally nothing to do with trading that’s fueling a particular mental narrative and self-perception that’s keeping you out of the driver’s seat.

Hell, once you stop following the actions of other people for your trades, you might realize there are days when there just isn’t much to do. Having your own method of analysis rather than picking whatever seems hot on the day means it’s less likely the market’s action will show you something you want to go after. What then? How will you spend your day and control your thoughts if you can’t dissapear into the markets?

Some of us are just so lacking in self-esteem that we don’t want to put ourselves in a position where we might have to think positively about ourselves. If you put yourself in the driver’s seat, you might actually have to give yourself credit when you’re successful. And that is legitimately one of the hardest things for a lot of us to do in life, traders and non-traders alike. We get so caught up in negative ways of thinking about ourselves that we legitimately decide at some point that we’re not worthy of feeling positive emotions or that we need to hide our authentic selves from public scrutiny. That sort of constant undermining of your self-confidence can be deeply entrenched and completely beneath your conscious awareness, and yet it can drive all sorts of behavior and decision making.

Ultimately, the only way to change a pattern of behavior caused by fear is to do the opposite of what fear tells you to do. If you get a twinge of anxiety when you think about journaling your trades, take a step back and ask yourself why. Something as simple as that can be extremely difficult– after all, this is our own mind supposedly trying to protect us. But undercutting that fear is essential for any kind of sustained growth and progress.

If you don’t have that level of clarity in your trading, ask yourself why you haven’t put yourself in the driver’s seat yet. It may just be the beginning of understanding a slew of things about yourself that are the real deciding factors in your PnL. 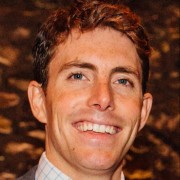 The Illusion of Control by Charlie Bathgate