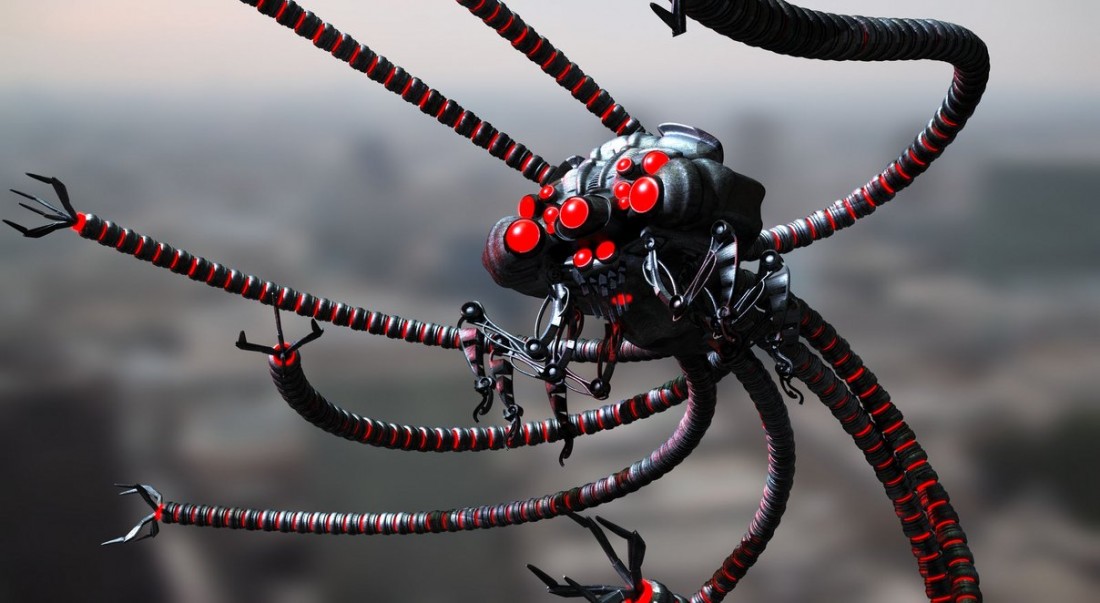 Say what you want about drone-delivery services — I think they’re awesome.

Frankly, I’ve never imagined a package delivery driver (no offense, UPS guys of the world!) to be the most efficient method of getting something from point A to point B.  We’re awfully concerned about automation when there are plenty of jobs robots do better than humans, when we should be looking towards what — in our daily lives, or as traders — could benefit from automation.

These are not the drones we’re looking for.

This isn’t a post about how HFT algos are coming for your sub-pennies.  It’s merely a reality check that you should give up on your dreams.

“What kind of trader education is this?”, you might say, “You’re just being a dick.”

The problem is that our idealized version of a trader is often an exceptional superhuman, working sixteen-hour trading days, bidding aggressively (but getting filled) at lows and top-ticking his exits.  He’s healthy, good-looking, happy, probably carries a messenger bag, the type of guy who was probably a successful entrepreneur before trading (what, you’re not a successful entrepreneur already?).

It’s an unrealistic equilibrium to aspire to, and a ‘balance’ many traders struggle — and in turn, fail — to achieve… on account of how damn unrealistic it is in the first place.  The sooner you give up on being Trader Chuck Norris, the closer you’ll be to consistently producing profitable days — because you’re being realistic about how to achieve them. 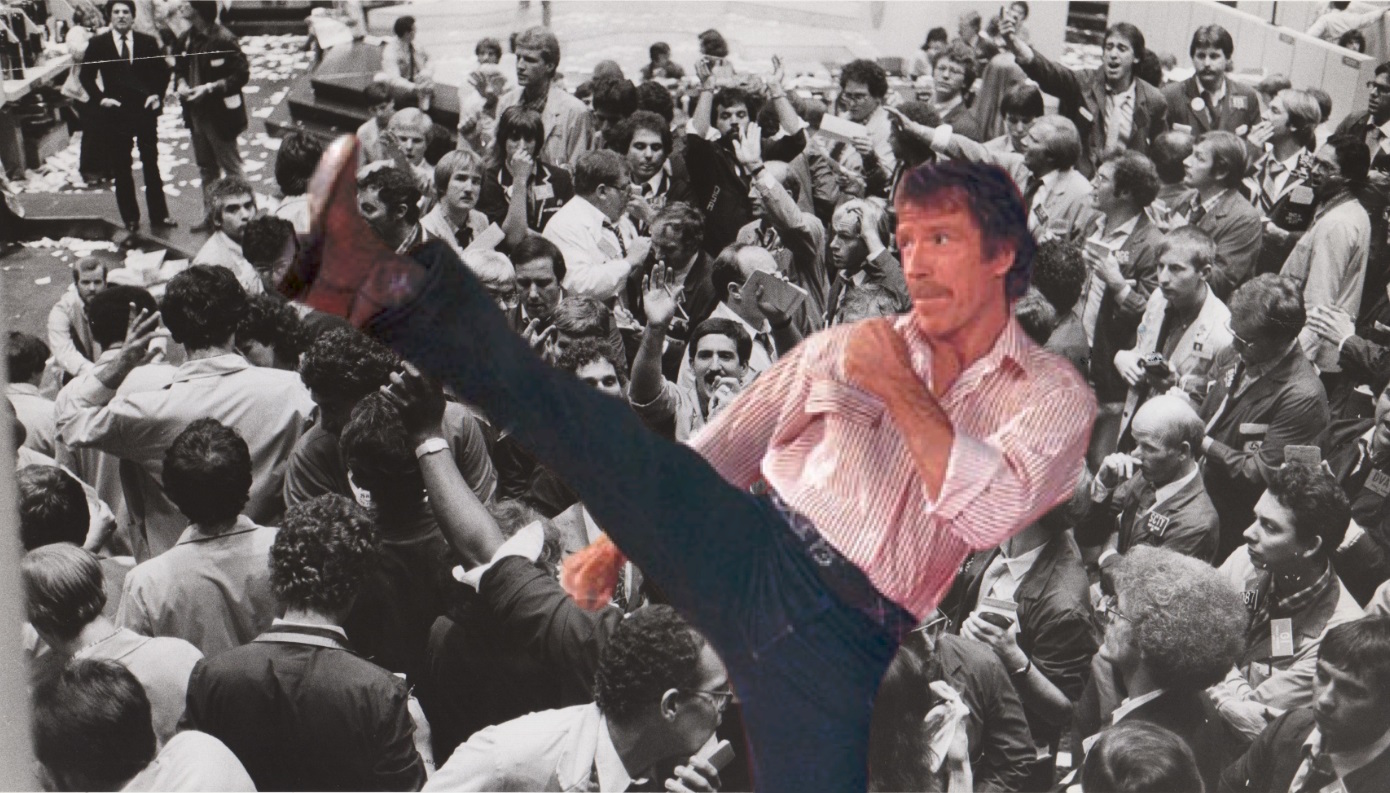 We shouldn’t expect mechanical precision and reliability from ourselves.  My simple point is that without the kind of self-assessment that would benefit industries facing automation, discretionary traders are at a disadvantage.  If we step back to evaluate our goals, perhaps we should similarly evaluate our trading methods, holding them to a high (well, higher, but not unreasonable) standard.  It’s imperative that our subset of the industry realizes we — full-time, part-time, recent-graduate-or-retiree, whatever — are up against an enormous, automated threat.  And they’re among us.

Systematic traders are our brethren — typically metamorphosing from a discretionary caterpillar to the magnificent status of “a guy with a system” — who managed to graduate from hip-firing cowboys into military-grade marksmen.  They start out the same way we did, struggling with the same things, researching the same hackneyed bits of technical analysis, until they realized something you soon will, too — that the work they did every night was bullshit.  The patterns researched and hours spent, the indicators purchased, installed, and learned, everything — it was all to make us feel better than it could ever make us trade.

…it was all to make us feel better than it could ever make us trade.

But they’ve freed themselves from expecting mechanical mastery — the system they’re trading is responsible for the robotic tasks, leaving their mind to focus on, well, their mind.  There’s something magical in recognizing that we humans don’t have to mechanically track 50+ equities, or a half-dozen timeframes, or six variations of an indicator — that we shouldn’t have to be robots, because we’re busy being humans.  It’s freeing, it’s honest, and it’s easier than what we’re currently trying to do.  Systematic traders get that; discretionary traders have largely convinced themselves they’ll soon enough become Trader Chuck Norris.

You probably don’t fear systematic traders; if anything, you might envy them.  And you should.

The poisonous self-talk after a failed trade doesn’t go away because you have new indicators; the eviscerating loneliness of watching a missed trade ramp into the stratosphere didn’t stop because you know the pattern well.  Somewhere along the line, systematic traders ‘evolved’ more profitable traits, like segregating visceral impact (how it feels to lose) from mental agility (being ready for the next opportunity).  Something about trading systematically, whether greybox (decision support) or blackbox (fully automated), allowed them to grow psychologically as well as mechanically, in trading acumen.

Some might say, “But Zach, we have to be like machines if we’re ever to compete in this market.”

Ah!, I’d respond, but we experience failure so frequently because we set the bar for success so damn high.

We experience failure so frequently because we set the bar for success so damn high.

In expecting of ourselves so much, we run the risk of never replenishing our psychological capital.  There’s something to be said for building confidence — and therefore consistency — by actually lowering the bar for ‘success’, counterintuitive as that may be.

Otherwise, we’re like UPS drivers, hoping to operate at peak efficiency:  if ONE PACKAGE is mishandled, then we’ve failed.  Didn’t exit your calls at the high of the day?  That’s unacceptable, and you’ve ruined everything.  Didn’t get a perfect price on your entry, and now your stop is 1.5x as wide as you wanted?  Total disgrace, and your family is ashamed of you.  Fat-fingered a trade?  Well, that figures, because you’re an awful person and you magnetically attract bad things and you probably deserve it.

Whoa there.  See the poisonous self-talk?

This is why delivery drivers ARE awesome — they don’t feel personally bad if they can’t get a delivery there on time, it’s just a less-than-perfect experience that the customer has with the company.  They’ve learned to separate a system failure from a personal failure — if the delivery mechanisms ‘fail’ for whatever reason, that’s probably because of something outside of their control.  It sucks, but it’s not the end of the world — there’s no self-inflicted poison, no fear, just work.  If they imbued every package delivery with the same emotional (and financial) stakes as we do our trades, would we view them as sophisticated speculators on package delivery calls or puts?  Or would we think they’ve needlessly ascribed tons of value to what should otherwise be a relatively tame profession?