Greetings donutlings, today’s guest DONUT was written in San Francisco by ZZ. Pardon the late post on Pacific Time, lack of St Patrick’s Day commemoration outside of this, and cautious use of commas.

[Editor: and for the uninitiated, today’s headline is a famous reference to Popeye.]

When my next-door neighbor is traveling for work, I occasionally help check-in on his pet fish (Because that’s what model San Franciscans do, apparently. They complain about rent and they fish-sit.). Most of the aquariums are on auto-feeders however, so mostly I just send photos to confirm Bebop, Rocksteady and the gang are alive. Yesterday, however, the water in the newest tank was murky and the newest goldfish was bottoms up. An autopsy should confirm the hypothesis that the new tank wasn’t cycled properly.

Cycling a new tank, for the uninitiated, is the process by which ammonia (from fish waste) and nitrate (from ammonia) are initially brought to non-toxic levels habitable for fish, establishing a nitrogen cycle. The easiest way to do so is to first introduce a few hardy fish to the tank, feed them sparingly, and wait for good bacteria to appear and feed upon the buildup of ammonia. Approached too aggressively, and the fish poison themselves before the bacteria have a chance to grow.

In life as in fish-sitting, we look to the Germans today for a structured approach. US Treasury Secretary Steven Mnuchin and German Finance Minister Wolfgang Schaeuble held their first solo talks in Berlin yesterday, seeking to establish some sort of initial equilibrium on trade policy (free and open, or America First?) and international financial regulation standards (to have oder to have not?). The diplomats were diplomats:

“We have found a good basis to talk openly about issues where we don’t have the same stance from the outset,” Schaeuble said.

Mnuchin said the ministers agreed that they should fight currency manipulation.

The US Treasury chief declined to comment specifically on the euro’s current value, but in a shift away from criticism by White House National Trade Council Director Peter Navarro that Germany has benefited unfairly from the euro’s weakness, Mnuchin acknowledged that the euro is used by many countries and is affected by many factors.

“It’s true that new rules can be additional burdens for banks,” German Finance Minister Wolfgang Schaeuble said on Thursday. “It’s also true that not every regulation is good regulation, and it’s perfectly okay to occasionally review regulation, to ensure that it is up to date, adequate and proportional.”

All in advance of today, when the rest of the G-20 finance leaders begin their two-day soak in Baden-Baden:

Germany’s suggestion here is to use a global check of financial regulation to make whatever the U.S. does with the Dodd-Frank act — as its post-crisis measures to increase bank resilience are known — consistent with international standards, according to a person familiar with the discussions.

“What needs to be done now is to conduct a structured review of the effectiveness and efficiency of reforms without watering down the resilience of the financial system,” Bundesbank Vice President Claudia Buch said on Monday.

…and Merkel meets Trump in DC on NATO, Putin pointers, and climate change.

Of course, the output of these meetings are mere book reports, and there is always the option to kick some these cans to the G-20’s Hamburg summit in July, so let’s just resign to be patient but watchful (lest the dollar begin to float up and over in a pile of it’s own…protectionism).

From all the coverage of the budget blueprint, I prefer some pictures and a glossary.

And if you read one long-read this Friday, consider this cheesy comeback tale of humility..

“We had somehow created a situation where people liked our pizza less if they knew it was from us. So yeah, that was a problem.”

Enterprise Snapchat Mulesoft, the first enterprise tech IPO of the year, prices above range at $17/share.

Rao’s signature sauce is up for sale and David Chang’s Lucky Peach is folding. Here are some Best Of’s.

I’m not saying I’m Pied Piper, I’m just saying no one has seen us in the same room together.

Roses are red, violets are blue, the game is rigged, Happy Match Day to you!

Obligatory acknowledgment of St Patrick’s Day after all.

But don’t take my word for any of this. I’m a curatolatry newb. 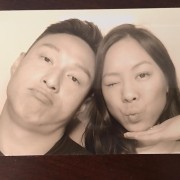